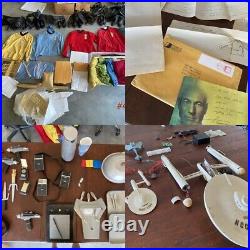 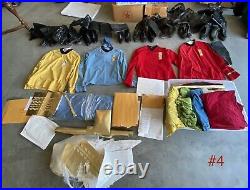 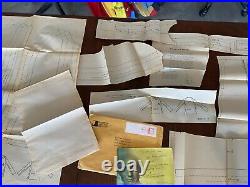 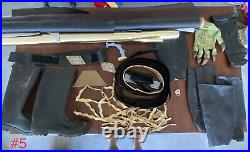 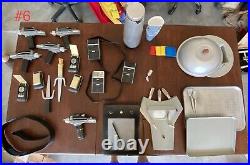 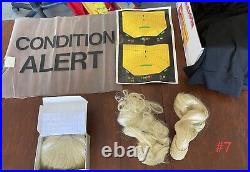 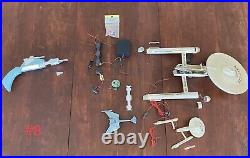 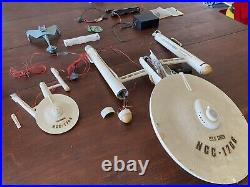 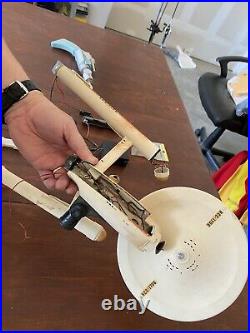 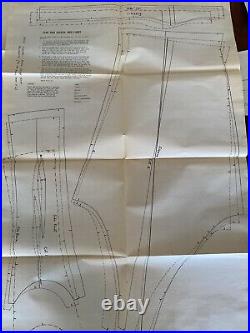 The last STARSHIP EXETER Fan Film was financed by hundreds of small donations. Donors were promised DVD copies of the documentary film, STARSHIP EXETER: Behind The Scenes , by Joel Sarchet. Apologies for the long wait! Displayed are costumes, props, models, wigs, fabrics, set dressing, and sundry other items featured in the STARSHIP EXETER Fan Films. These appear in the online episodes The Savage Empire and The Tressaurian Intersection. In addition to on-screen items, some production materials and documents are included such as prototype costumes, design files, costume patterns, and fabrics. Included is a signed note from Eugene Roddenberry that accompanied official Trek costume patterns donated to the production. THE LINK BELOW IS MORE PICTURES AND DETAILED DESCRIPTIONS OF EACH ITEM. IT SHOULD ANSWER ANY QUESTIONS YOU MAY HAVE. CONDITION: Most are hand made, hand built props. Lots have been repaired multiple times due to use on screen. There are a TON of boots which will add significant weight to the packages, we can talk about leaving those out, just let me know! The item "VTG Star Trek Fan Film Screen Used ALL PROPS Lot STARSHIP EXETER Costumes Phaser" is in sale since Saturday, September 26, 2020. This item is in the category "Collectibles\Science Fiction & Horror\Star Trek Collectibles\Other Star Trek Collectibles". The seller is "murderbyjill" and is located in Austin, Texas.

This item can be shipped to United States.