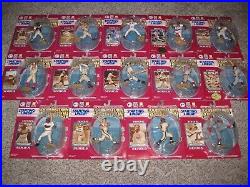 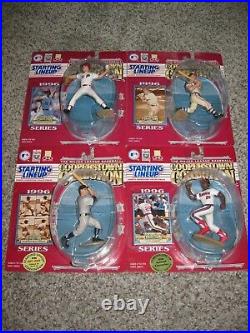 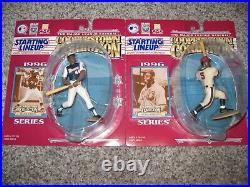 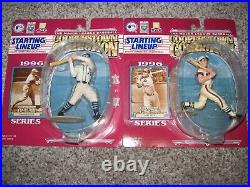 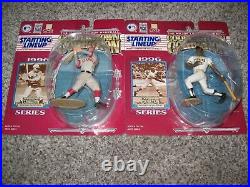 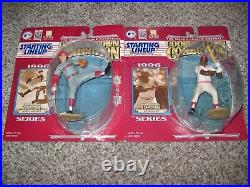 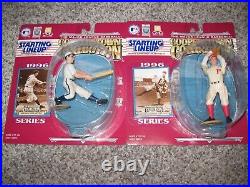 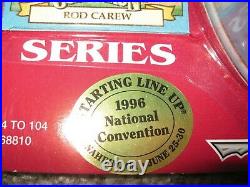 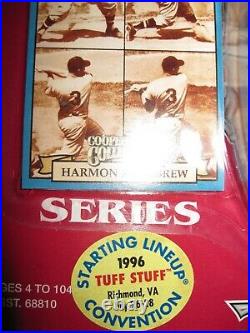 This is one of the better-done and under-appreciated subsets in the Starting Lineup universe, and if the base set of 10 wasn't good enough already, i've thrown in the four convention-only collector's club pieces to account for every Cooperstown figure Kenner made in 1996. All of these pieces are what i would consider high near-mint, and a few of them might even be considered pristine or flawless. Some pieces have the original retail pricetag somewhere on the cardboard, but that's about the worst thing i can say about any of them! Ontact me with any questions, comments or concerns.

In addition to the first individual Roberto Clemente figurine, this set also features Hank Aaron in the 1970's Braves uniform toward the end of his career, and Kenner's very first Negro League tribute: Jackie Robinson in his Kansas City Monarchs uniform before he broke the MLB color barrier. This set has also a decidedly Pennsylvania theme to it after all the bonus pieces are factored in, with two Pirates, three Phillies and even an old Philadelphia A.