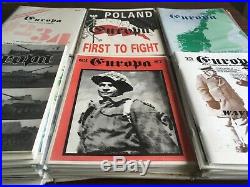 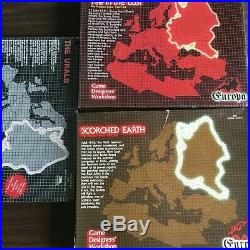 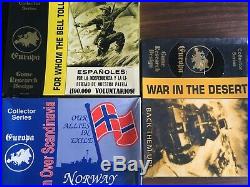 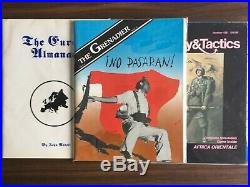 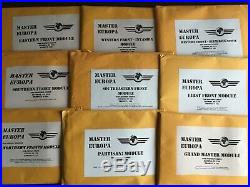 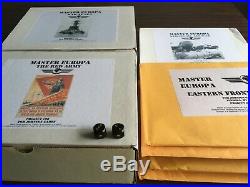 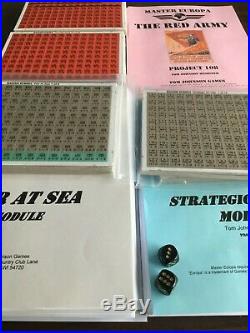 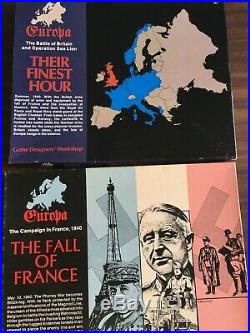 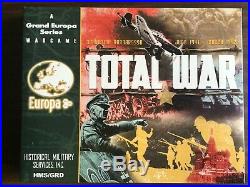 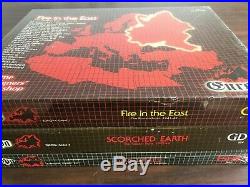 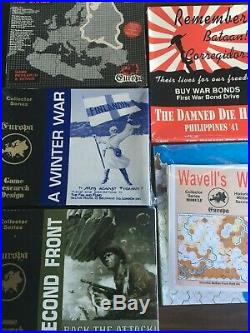 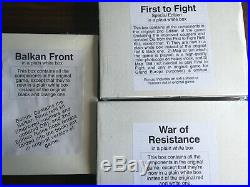 A mint collection like this rarely comes along which relives the golden age of board war gaming. Included is the complete collection of all games and magazines published by Games Research Design (GRD) plus the components from other publishers to complete the GRAND MASTER EUROPA vision to combine the entire ETO European.

Of Operations into one game. This set also includes those games published by Games Designers Workshop (GDW) which complete the Europa series. TOTAL WAR - Published by HMSGRD t. Also included are over 200 pages of rules and charts that I have compiled which have been written by third party enthusiasts.

These include all the rules necessary to play this game based and updated on the play test version that was sent out during the games development. Lso included are rules for a alternative adaptation of the Order of Battle to use these maps with the Fire in the East/Scorched Earth rules and counters.