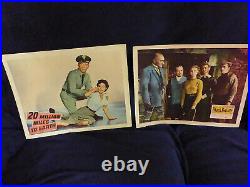 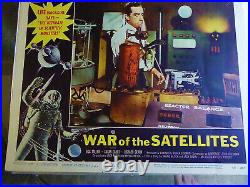 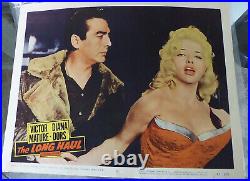 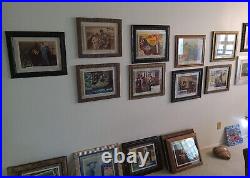 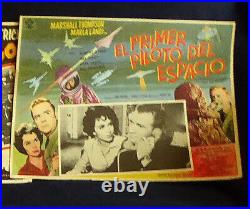 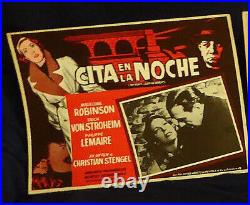 All cards are truly great, with crisp details and great color... None are faded at all..... Pictures do not do these justice.

Nearly all are in removable protective plasticine covers. The photos of the framed lobby cards are not part of this sale...

They are my personal collection. Just wanted to show that I take collecting lobby cards seriously. I was planning to frame them all but it became quite expensive and I ran out of wall space. I took a few close ups to show you the condition. Video is better than pics but still not near as nice as they are in person.

Current retail is 1300.00 or more. (for the cards you may already have or may not collect that genre). 1 Middle of the Night (Kim Novak, Frederic March). 2 Benny Goodman Story (Steve Alle, Donna Reed).

22 House ACross the Street. I have 2 different cards from this set. 23 Elephant Man (Anthony Hopkins, John Hurt). 24 The Long Haul (Victor Mature, Diana Dors). 25 War of the Satellites (Directed by Richard Corman).

51 Voyage to the end of the Universe. And 54 There are 2 Mexican lobby cards as pictured. (First Man in Space, Night in The City).

This item is in the category "Entertainment Memorabilia\Movie Memorabilia\Lobby Cards\Originals-United States\1950-59". The seller is "hammock22" and is located in this country: US. This item can be shipped to United States.